Eggs Freezing is process for preserving egg cells after collecting the eggs from the ovaries of the women who are waiting for the fertilization of sperm in the future spouse. It is beneficial for women older than 35 years and planning to have children in the future.

Sperms Freezing is process for preserving sperm after collecting. It is preserved waiting to be used with future spouse. The sperm can be injected into the uterus or injecting into the egg for fertilization, called IVF or ICSI. Sperm, eggs and embryo can be reserved at temperature of -196 degree Celsius. When needed, the sperm is thaw to return to the original temperature according to the laboratory procedures as well as checking the quality for suitability for medical use.

Embryo Freezing is the process that related to preserving embryos from fertilization in preparation to move back into the uterus in the next round if not pregnant in the first round. Each embryo transfer is at the discretion of the doctor and the participation of the spouse.


The duration of frozen eggs, sperm and embryo

The duration of frozen eggs, sperm and embryo: embryo can be frozen for up to 10 years, the quality of the embryo remains the same and the baby born without any abnormalities. Eggs and sperm can also be frozen up to 10 years as well. The annual maintenance costs are according to quantity and the conditions of the hospital.


The quality of the embryo after freezing


Who should freeze sperms, eggs and embryos?


The benefits of embryo freezing

Preeclampsia is a characterized by blood pressure level greater than or equal to millimeters of mercury (mm Hg) with proteinuria in urine. In pregnant women who are more than 20 weeks pregnant until after giving birth one week, the preeclampsia will gradually disappear.

Causes of preeclampsia is not yet known for certain. It may cause by abnormalities of the immune system, some endocrine hormones or from inherited. It is presumably caused by imbalance between some proteins that are formed during pregnancy causing vascular disorders in pregnant women; resulting in the body unable to create enough blood vessels to placenta. Therefore, some parts of the placenta lack of blood. The death of some placenta tissue release substances that contracted the blood vessels throughout the body of pregnant women.


Who are pregnant women at risk of becoming preeclampsia?

Preeclampsia sometimes develops without any symptoms at initial stage. Pregnant mothers are aware from regular checkups which can be detected before the symptoms get worse. Obstetrician will observe high blood pressure and proteinuria in urine as well as circulatory problems, such as edema. However, high blood pressure and mild edema can occur during pregnancy and do not always indicate severe problems. In addition, urine protein levels indicate infection symptoms, so it's difficult to pinpoint preeclampsia at the beginning. These symptoms may occur in the later stages of pregnancy. Therefore, if the risk is detected and pregnant women with these symptoms should see a doctor immediately.


What are the complications of the pregnancy?

Complications / side effects that may occur from preeclampsia are:


What are the treatments for preeclampsia?


How to prevent preeclampsia?

There is still no method to prevent preeclampsia 100%. However, when pregnant or preparing to become pregnant, the risk of preeclampsia can be reduced by the following methods:

sterilization is a permanent contraception after having enough children. The most popular method of sterilization is tubectomy on both sides. Then remove parts of the fallopian tube. However, over time some women will change their mind and want to have more children. Therefore, they come back to see the doctor for surgery to reverse sterility. Sterilize reversal surgery is to rejoin the remove two ends of the fallopian tube.


How is sterilize reversal surgical by laparoscopy performed?

However, pregnancy after successful sterilize reversal also depends on other factors such as structure, function of fertility of women and the semen quality of the male as well.


The Sterilize reversal by other means apart from surgery

In addition to surgery for sterilize reversal, there are other treatments for pregnancy which is an IVF. It is recommended in women over 37 years of age, irregular menstruation, and other factors that may result in infertility or male semen quality disorders, etc.

Risk of failure, for example, sterilize reversal can be performed only one-sided or irreversible. Injury to neighboring organs in the pelvis. In the case of fascia such as the small intestine, large intestine, the risk from general anesthetic, the chance of ectopic pregnancy. Therefore, if it is found to be pregnant, antenatal care should be taken immediately.


Things to know before becoming pregnant 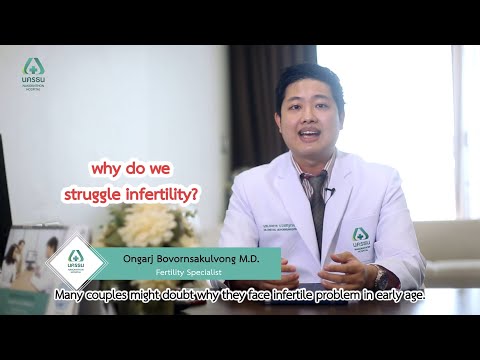 Young couple but struggling with infertility 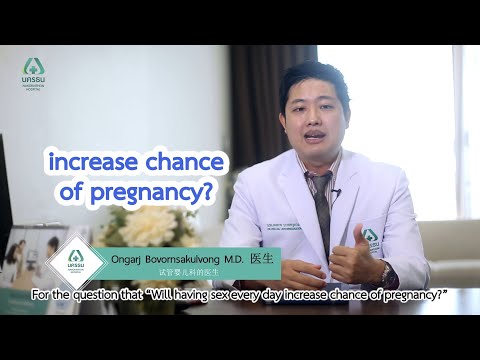 To increases the chance of pregnancy